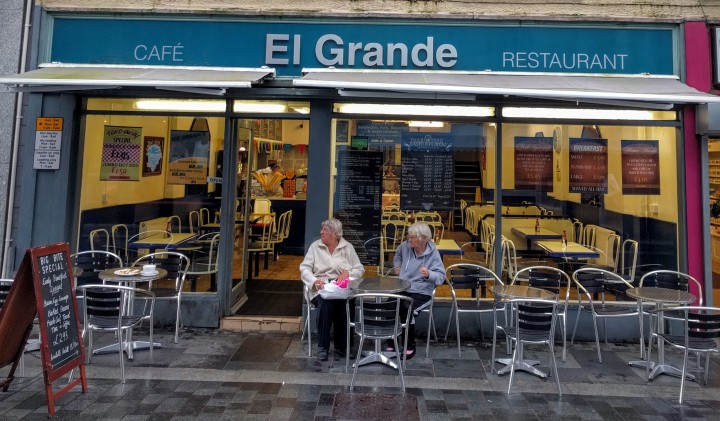 I was going to opt for a three card trick recently, by going to a local Asda or Tesco. In the interests of balance you understand. However the alleged shameful goings-on at Tesco, involving three of their alleged senior executives and a black hole in the giant retailer’s finances, left a nasty taste in the mouth.

Every little counts, in the case of their alleged, er overstating of profits. The three former Tesco executives have been charged as part of a continuing investigation into accounting irregularities at the supermarket giant in 2014, and several previous years.

As a result, I was put off going to Tesco. In fact over the last couple of years we have almost given up going to Tesco, for shopping, cafe or anything else.

Mind you, I’m not the biggest fan of Asda either. At least they haven’t announced that profits have been overstated by £326m. But they are owned by Wal-Mart. And Asda is further away. So. Unlike Jake Ball for Notts last month, no hat trick for me.

Instead I plumped for something entirely different, and went to the exotic-sounding El Grande on Mill Street in the centre of town. It’s one of those places where you can sit outside, coffee in hand, and watch the world go by. If you sit long enough, all Ponty’s movers and shakers will beat a path to your door. Or rather, to your office/table.

El Grande is Pontypridd’s only Spanish-Welsh cafe. Most cafes of this type in the Valleys are of Italian origin I found this out only today, via an in depth interview with the owner/manager. It’s a European thing, comparable to a Director of Football. I didn’t catch his name due to a rather strong accent, from one of the Spanish islands. Funny, charming and welcoming, he convinced me to opt for a large tea, rather than regular, and insisted on extra beans, when I opted for no tomatoes.

We had to haggle over this, as I didn’t really want extra beans. He talked me into it. I compared him to a Spanish football coach, coming over here, taking all the top jobs, and being really good, and we agreed he was most like Pep Guardiola. He was a nice man. He had very good customer service skills, honed he said many years ago as a waiter in the early boom town days of the then freshly branded Costa del Sol.

Needless to say, the breakfast was top notch. Now I just need to search out the Jose Mourinho of local cafes, and we have a grudge match on our hands.

I am a career coach and writer. Born Nottingham, based Wales. Played football, cricket for Nottingham, was a Careers Adviser, Lecturer and Project Worker in Welfare To Work Sector. Now Partnerships Lead for FutureFit in the UK. Came late to Tech, but now developing a number of projects. Like Reds. View all posts by andyfuturefit

This is a text widget, which allows you to add text or HTML to your sidebar. You can use them to display text, links, images, HTML, or a combination of these. Edit them in the Widget section of the Customizer.
Loading Comments...
%d bloggers like this: